Mom is doing good. The infection really set her back but after daily nursing assistance with the bandages and wound it healed up real nicely! But that means chemo is a go for this Friday. Round two of a total of four rounds I believe. We are all hoping it is better this time around now that she isn’t also healing AND fighting an infection. The first round was pretty rough. I ordered her a pair of magnetic eyelashes. I hope they work and make her feel as beautiful as I already see her. She has lost her hair and then it started to grow back because of the pause in chemo. But man does that woman look great no matter what! She can pull off shaved white hair like Annie Lennox! Who looks good during chemo? – my mama!

September came and went but it was a really rough month. At the start of the month we found out our builder had betray us. It really was a shock to me. I had thought we found such great people to work with AND have in the community. We shared our dreams with them and trusted them to help us realize it. But instead they tried to steal our dream from us. However, due to a moral realization or they were advised of their unethical actions they decided to correct it. But the damage has been done and our trust irreparably broken. So we have had to start over. Square one! But you can either wallow in the downfalls or you can focus on the new paths presented. Because of this we found a better manufacturer, a more reputable dealer and a new builder. So we shall see. I am always the hopeless optimist! I am going to give this a little more time and have things moving forward before going into detail on this new path. That will be in another, separate, blog hopefully in a couple of weeks.

September ended very well with my birthday, of course! I am not afraid of getting older and I love celebrating every year. This year my honey took me up in the mountains to take in the gorgeous desert views drinking really good wine I got from my coworkers. So nice and relaxing. Sometimes you just don’t want to think about it. And usually the simpler the better. I’m also a hopeless romantic but not for materialism, for nature. 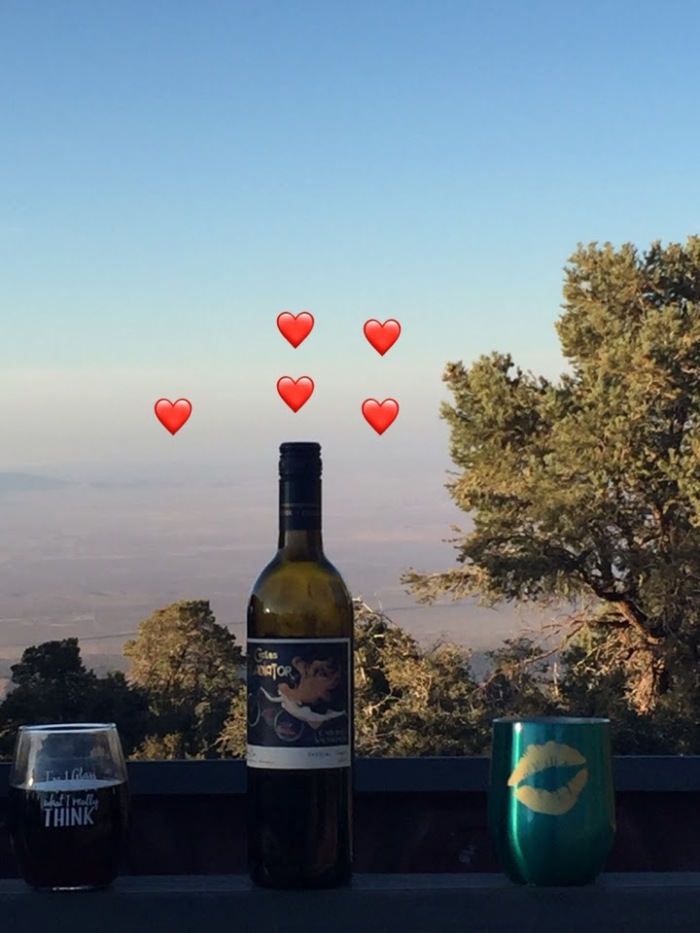 One of the best birthday gifts I got this year was my piggy. I finally got my piggy I have been wanting, dreaming, begging for for years! Her name is Hammy, a hampshire pig with spunk, attitude and cutest face. She is smart and loving and I can’t believe she is all mine! 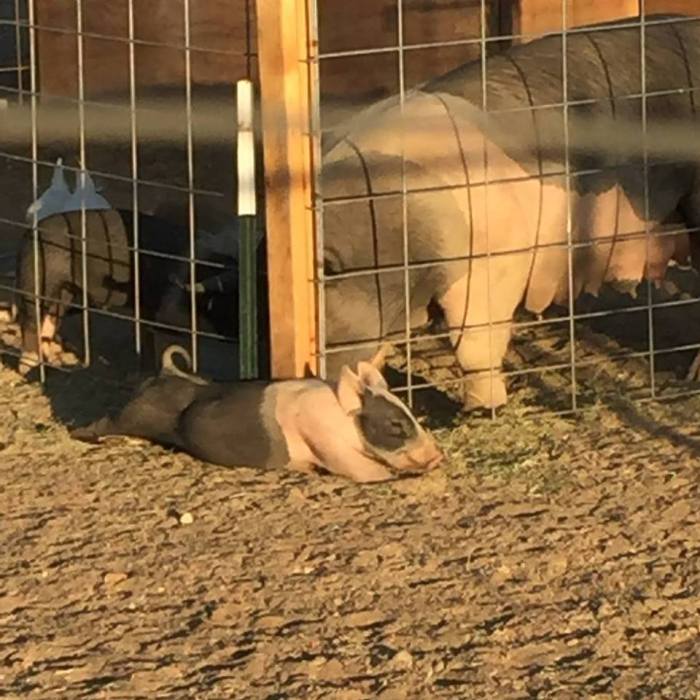 And finally, even though we just added Hammy to our pack we also gained another dog. Chris and I were out exploring and ended up in the middle of the desert, literally nothing around but abandon buildings, old fence posts and chimneys with nothing else around. We were following the power lines and around a corner we came up to a dog exhaustively trotting in front of us. We at first thought it was a coyote. But as we passed it and it trotted up the embankment we knew it was no coyote, we didn’t know what kind of dog it was or if it was a boy or girl, but we knew without a shadow of a doubt that it was starving, exhausted, dehydrated, and a puppy. We stopped and upon closer inspection found it was a girl. She wouldn’t let us touch her but she didn’t run away either. Poor thing was just so tired. We lured her with root beer candies I had in my purse and after an hour Chris finally took the chance of being bit and grabbed her. But she didn’t bite. She froze in fear. Poor thing. We put her in the truck and took her home! Her new home! Once we had her home we were able to look at her closer. She looks like a Dutch Shepherd. She appears to be pretty good despite her emancipated state. Her fur is not manged, her eyes were still clear, not milky, she had no apparent injuries. Just frightened, hungry, thirsty and tired.  Her teeth look good too, she seems to have her adult teeth but not her molars yet so we are thinking between 5-7 months. We are going to take her to the vet this week to get her completely checked out and shots and everything. She is taking well with the other dogs but people she is still very weary and afraid of. Not sure if she was abused or not. Not sure if she was dumped out there or not. But she will have a great, loving, life from now on! We named her Heidi. And slowly, very slowly she is making progress. She eats good and drinks. And after morning loves and rubs I got my first lick. Hopefully in a week or two she will get some of that puppy back. Hopefully it hasn’t been lost forever. 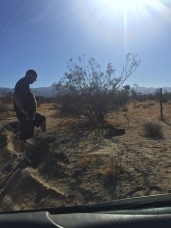 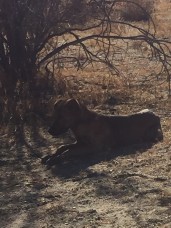 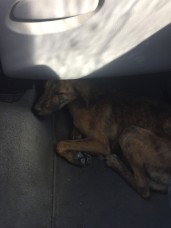 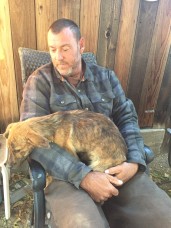 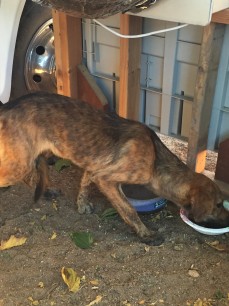 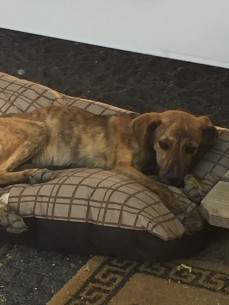 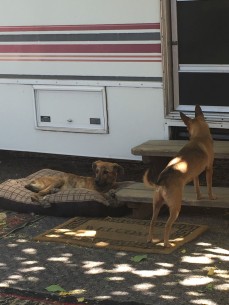 The universe works in such crazy ways, but if you pay attention it is always giving you signs, clues, missions, and lessons! Outcomes are not always planned, no matter how much due diligence you do. Schedules aren’t always adhered to but that doesn’t necessarily mean the project is off the rails just maybe on a different track now. And a day you thought was just about wandering in the desert looking for trash people dumped was really a mission on saving a life!

Who knows what else is waiting for us around the corner, but whatever it is I will try to take it head on with hope and love in my heart!

Just trying to navigate thru this thing called life! View all posts by GoodTimesandTanLines